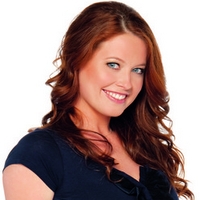 Clint is prepped for surgery. Viki urges Jessica not to throw away her relationship with Brody. While Jessica has a heart-to-heart with Brody, Viki encourages Natalie to figure out where she and Brody stand – for Jessica’s sake.

Meanwhile, Brody is about to listen to the tape of Marty’s reveal that John is really Liam’s father, now in evidence. But Ford interrupts, desperately missing Tess. Brody is forced to tell him about Jessica’s having found him with Natalie. He begs Ford to abandon his quest to get Tess back and asks him to let Jessica heal. After Ford goes, Brody would listen to the tape, but Jessica, affected by her mother’s advice, calls. When she asks him if he’s sorry for having slept with her sister, he has no answer for her. She’s hit hard with the discovery that he has feelings for Natalie.

Deanna and Nate are frantic about Rick’s threats to expose Nate’s part in Matthew’s injury. They have to hide their dilemma from curious Dani.

Meanwhile, Baz is starting to get on James’s nerves. James hides it, and ends up getting him to play a special song for Starr. Destiny has a pregnancy test.