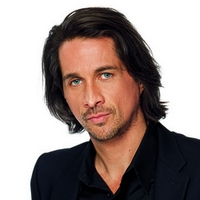 Marty tells Todd the whole story. Todd presses her to leave but she’s having a fit of remorse. Todd tells her she’s suffered enough. He promises he’ll tell John about the baby. John arrives and is face to face with Todd.

Meanwhile, Brody searches Todd’s house, to Téa’s dismay, as John has found Tomas with the baby at the poolhouse. Tomas claims he heard the baby crying and found him. John brings the baby to Brody and tells him to take his son to Natalie.

Téa argues with John about Tomas, convincing him not to arrest him but to go after Marty. Téa asks Tomas if what he told the cops was true, and he swears it is. Téa remembers Todd keeping her out of the poolhouse previously. Tomas makes a phone call to Calmar, telling him they dodged a bullet.

Natalie is at the hospital with Roxy, who doesn’t get a chance to reveal the tape recorder to her before Brody comes in with the baby. It’s a huge happy reunion. Roxy tries to play the recorder. After depositing Shane at the gym, with Cristian showing Shane the ropes, Gigi goes back to Buenos Dias where Blair is with Jack.

Jack tells Blair about police cars at Todd’s and Blair calls Tea, learning about the search for Marty. Gigi arrives and refuses to serve Jack. Blair and Gigi argue.

Jack tells Blair he’s going to the library but goes to the gym to torment Shane. Shane intentionally drops a barbell on Jack’s toe. Jack cries and Shane laughs at him. Gigi arrives and takes Shane back to BD and warns him to find more effective ways to resolve conflict. Blair tells Jack she knows he came to the gym to make trouble for Shane, and she sends him home. Jack texts a warning to Shane. Shane tells him to bring it.

Rama cries on Cristian’s shoulder about her inability to tell Vimal the truth about the baby. They have a fraught moment. She moves away but then returns to apologize and ends up kissing him.