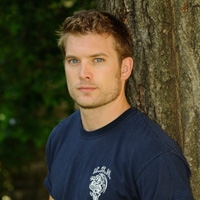 After vowing to kill Natalie, Marty discovers her right outside the door. She’s about to get rid of her once and for all when she hears Brody calling for her. She hides, and Brody swoops in to rescue Natalie. Marty goes with Todd, asking him to tell John that Liam isn’t Brody’s son, but is John’s.

John gets a warrant to search Todd’s house. He and Brody arrive there and discover the house is empty. But John goes to the pool house where he finds Tomas holding Liam.

Blair and Starr reveal to one another that neither had the night they thought they’d have last night. Blair’s relieved because she wants to get to know Tomas better. Starr realizes that with Marty’s psychotic break, Cole has no one and she feels guilty. Blair and Starr leave to visit him.

Ford takes Ryder home. James is delighted to see his nephew again. He questions his brother and forces him to admit he’s falling for Tess. Bess points out to Tess her lack of options now that she’s in St. Ann’s. She forces Tess to admit she’s falling for Ford. Joey’s upset with Aubrey because she let Ford have the baby. Aubrey claims she did it out of compassion for Ford, but Joey calls her on it. He vows that as soon as Jessica is able to take care of her child, he’ll divorce Aubrey so he can be with Kelly.