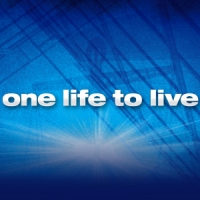 (SoapOperaNetwork.com) — Some Llanview casting odd and ends and comings and goings for the month of June.

With David Fumero (Cristian Vega) on his way out of Llanview, rumors are swirling that his former onscreen co-star and reel life brother Kamar de los Reyes (Antonio Vega) and niece Jamie Vega (Saoirse Scott) may return for a brief visit. The speculation was fueled in part due to this picture of the 10-year-old Scott posing “on the set of ‘OLTL'” with Shenell Edmonds (Destiny). However, according to Scott’s official website, she attended a couple of fan events last fall with Edmonds and several of her former “One Life” co-stars (and apparently also visited with some of them at the studio), which might help explain the photo, especially since both Scott and Edmonds are wearing coats in the image. Furthermore, de los Reyes has remained silent on the issue on his Twitter page.

Speaking of Edmonds, with Destiny possibly pregnant with Matthew’s (Eddie Alderson) baby, there is some talk her father (whom she grew up thinking was actually her big brother) Greg Evans (Terrell Tilford) returning to Llanview. Tilford noted in a recent interview that “I’d love to make a final appearance before it goes off, especially considering some of the stuff coming up story-wise with my little sister and all that. We’re talking about making it happen, so we’ll see.”

Look for Nigel (Peter Bartlett), armed with reinforcements, to give the Buchanan Mansion’s new occupants some very unexpected news on Tuesday, June 28. Even from his hospital bed, Clint (Jerry verDorn) remains as shrewd as ever.

Kearran Giovanni is back as Dr. Vivian Wright. Sean Ringgold (Shaun) posted a pic of the two of them, along with Shenell Edmonds (Destiny) getting ready to tape some scenes last Friday.

Flint Beverage exits the role of Agent Kent, the man who was guarding the “Man with the Scar” (Roger Howarth) at the top secret facility, on Monday, June 20, when the man with Todd’s old face turns the tables on him at La Boulaie. Click here to the read the original audition script for the role, which featured the scene that will be playing out on screen tomorrow.

Although the name of the actress cast in the recurring role of Ionia, who plays Dorian Lord (Robin Strasser) in David Vickers Buchanan’s (Tuc Watkins) autopic “Vicker Man” remains unknown, look for the character to first appear later this month. After making a deal with a vengeful Echo (Kim Zimmer), the aspiring actress tries to stir up some trouble for the newlyweds.

It looks as if Susan Haskell‘s final appearance on the show as Marty was on June 6. In the same episode, Esau Pritchett played Agent Wayne, the man on the plane that escorted the unseen Patrick Thornhart back to Llanview to reunite with his lady love.

When David Aaron Baker debuts as the father of Brad (Jack’s sidekick) on Friday, June 24, he will be given a last name — Konzinski.

Kassie DePaiva commented on her Facebook page on June 13 that “I had my first scenes with Roger today and it was awesome. Can’t wait for y’all to see it!”

Kristen Alderson has been busy tweeting a lot of “OLTL” related stuff in the last week. Check out her posts on a variety of topics (because we just know you’re interested, haha) including dressing room pictures with her new co-star Barret Helms (Baz), two minor injuries she suffered recently, the exact shade of new nail polish, and what she is wearing to the Daytime Emmy Awards. A few  of her more interesting tweets include this picture of her and Andrew Trischitta (Jack) in hair and makeup at the studios, her comment stating that Lenny Platt (Nate) “says it best, days with big group scenes are more like a party than work,” and that she just finished a very long work week at “OLTL” and that she taped some “intense scenes.”

Nick Choksi (Vimal) posted a few photos of him and Tuc Watkins (David) on his Facebook page.

Does “One Life” have game? Barret Helms (Baz) recently tweeted that “I don’t think I’m a good enough actor to play basketball.”

It looks like the Manning’s are having a special event coming up. Check out these pictures of Starr (Kristen Alderson), Andrew Trischitta (Jack), and Téa (Florencia Lozano) in their Sunday best.

“OLTL” Music Director Paul S. Glass reveals that he “Posted Forsaken (Todd’s Song) that I did with Michal for Todd’s execution story in 2006 on Soundcloud. Check it out.”

And Julia Jovone, who is a make-up artist on the show, tweeted recently that she’s had some long days on the set recently.