Home / News / Is a Buchanan Bride on Her Way Back to Llanview? 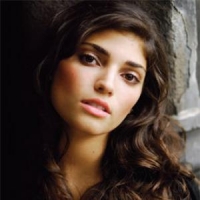 (SoapOperaNetwork.com) — More than a year after her character divorced Clint Buchanan (Jerry verDorn) and was blackmailed into leaving town by David Vickers (Tuc Watkins), could “Gossip Girl” actress Amanda Setton be returning to “One Life to Live” as the jilted Kimberly Andrews? While the speculation has yet to be confirmed, its source lies with one particular “OLTL” crew member.

Julia Davis (of Julia Jovone Beauty), who has been a make-up artist on “OLTL” since October 2005, tweeted on June 13 that she had “Just finished getting @amandasetton into character for ‘One Life to Live.’ Love her features.” Setton, however, hasn’t commented on a possible “OLTL” return on her Twitter page.

Setton made her “One Life” debut as Kimberly Andrews on August 14, 2009. She left the role on April 2, 2010 after rejecting an offer by the show to place her on contract, in order to return to her primetime roots. From 2007-2009, and again from 2010-present, she has appeared in The CW’s “Gossip Girl,” in the recurring role of Penelope Shafai.

Soap Opera Network will follow this story and bring you updates as they develop.