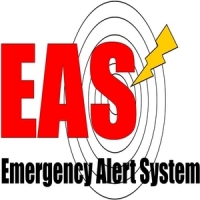 (SoapOperaNetwork.com) — This is only a test. Repeat, this is only a test. On Wednesday, November 9, the Federal Communications Commission, or FCC, is scheduled to have its first ever nationwide test of the fourteen year old Emergency Alert System. The planned time for the test is 2:00 pm ET, which will leave many soap fans, especially those of “One Life to Live,” feeling a sense of déjà vu.

The system, which has existed in its current form since 1997, has most recently been used by the National Weather Service, state and local governments, and law enforcement agencies to relay information to the public regarding natural and man-made disasters, severe weather warnings, and Amber Alerts. The nationwide test will be similar to those currently used by television and radio stations around the country, and is intended as a way to get all of the kinks out of the system.

According to a press release from FEMA, all “radio and television broadcasters, cable operators, satellite digital audio radio service providers, direct broadcast satellite service providers and wireline video service providers ” in all 50 states, the District of Columbia, and the territories of America Samoa, Puerto Rico, and the U.S. Virgin Islands are required to participate in the test, which will consist of an audio message from the White House with the words “This is a test.” All those participating EAS have until a government imposed September deadline “to implement a Common Alerting Protocol, an advanced data format intended to standardize the alerts issued by various federal agencies. The protocol is said to be much more complex than regular EAS transmission, and the FCC is said to be considering an extension of the deadline.”

“A national test of our Emergency Alert System, with the vital communications support and involvement of participants, is a step towards ensuring that the alert and warning community is prepared to deliver critical information that can help save lives and protect property. Because there has never been an activation of the Emergency Alert System on a national level, FEMA views this test as an excellent opportunity to assess the readiness and effectiveness of the current system. It is important to remember that this is not a pass or fail test, but a chance to establish a baseline for making incremental improvements to the Emergency Alert System with ongoing and future testing. It is also important to remember that the Emergency Alert System is one of many tools in our communications toolbox, and we will continue to work on additional channels that can be a lifeline of information for people during an emergency,” says FEMA’s assistant administrator of National Continuity Programs, Damon Penn.

The tests comes after two years of planning and on the heels of a localized version of the test involving 104 radio and 26 television stations in Alaska in January 2010. The results revealed that “there were points of failure involving audio levels and improperly functioning encoders and decoders. That the hardware is not configured to a single standard complicates matters.”

“The upcoming national test is critical to ensuring that the EAS works as designed,” said Jamie Barnett, Chief of the FCC’s Public Safety and Homeland Security Bureau.  “As recent disasters here at home and in Japan have reminded us, a reliable and effective emergency alert and warning system is key to ensuring the public’s safety during times of emergency.  We look forward to working with FEMA in preparation for this important test.”

“A national alert enables the president to break into regular broadcasts and address the American public during emergencies. One has never been issued in the history of the system, established in 1951 by then President Harry Truman during the Cold War. It was then known as CONELRAD and included the capability to jam aircraft homing devices. It was replaced in the 1960s by the Emergency Broadcast System, which in turn was supplanted with the current Emergency Alert System in 1997,” states one report.

The good news for “One Life to Live” fans, who have seen their favorite soap interrupted countless times by breaking news conferences and reports over the years, is the test is only expected to last, at the most, three and a half minutes. And that is good news, considering the show is on borrowed time after being cancelled earlier this year by ABC.