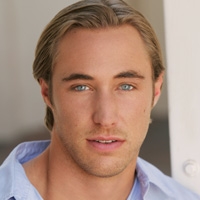 (SoapOperaNetwork.com) — It came as no surprise late last week when word broke that CBS' "The Bold and the Beautiful" had fired demoted actor Kyle Lowder who portrayed Rick Forrester on the drama series after four years to recurring status. It was a surprise that it took so long.

The actor joined "B&B" in January 2007 and while he enjoyed lead actor status on the soap for sometime, his character had become unnecessary and underutilized for more than a year now, so it was in best the interest of the soap and the actor to part pays. Lowder alluded to that fact in an interview with Soap Opera Digest where he explained that executive producer/head writer Brad Bell "felt terrible that they haven't been able to generate enough story for the character." According to the actor "he [Bell] felt it was in everybody's best interest that we go in different directions."

"From my standpoint, it's an amicable situation," said Lowder. "Obviously, it's their choice, but at the same time, the story has been slow for over a year-and-a-half and like any professional in any line of work would do, you prepare yourself for the next step. So, it wasn't a surprise that it was going to happen, but it was handled in the most respectful way and I have huge respect for Brad. I had a great four years there and I thank him for the opportunity. And now, onto the next thing."

According to a show representative via Soaps In Depth, "Kyle is a superb actor and a fine gentleman. Kyle will continue on with the show on a recurring basis."