Home / News / Gigi May be Dead, But Farah Fath Still Has ‘One Life to Live’ 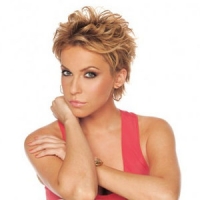 (SoapOperaNetwork.com) — With her character in a coma, brain dead, and connected to life support, one might think it was safe to assume that Farah Fath is about to exit from the long-running ABC daytime serial. However, you would be wrong…at least partially. In a new interview with Soap Opera Weekly, Fath talks about the show’s decision to kill off her character, Gigi Morasco, and hints that there may still be still be some life left for her in Llanview, even after Gigi is six feet under.

“I actually love the way my character is wrapping up. It’s a great twist and makes for a really good soap. This affects a lot of characters and it creates a lot more drama and story for a lot of the core characters. And I had so much fun filming my death scenes. I can’t wait for those to air,” the actress tells SOW. Earlier this week, Gigi succumbed to carbon monoxide poisoning after mistakenly being locked in a basement by Jack Manning (Andrew Trischitta), instead of his intended victim, Gig’s son Shane (Austin Williams).

However Fath, who joined “One Life” in the fall of 2007, claims she isn’t bitter about the show’s decision to let her go. “I don’t feel any right whatsoever to be upset that they are killing my character off because the whole show is going under. I’m so grateful for everything the show has given me. They wrote me a part and they gave me tons of great story and airtime. I would be out of mind if I was to be mad or pissed.” She also admits that she first learned of Gigi’s impending demise from “OLTL’s” Executive Producer Frank Valentini back in March, one month before the show was cancelled by ABC.

So with Gigi not long for this world and with her heart possibly going to her save her father-in-law Clint Buchanan’s (Jerry verDorn) life, but not if his son Rex Balsom (John-Paul Lavoisier) has anything to say about it, does that mean that fans are about to see the last of Farah Fath on “OLTL?” Apparently not. Fath confesses that “You’ll see her around for a long time.”

So that mean that we will be seeing ghost Gigi soon, or is there more to the story? Tune in to find out!