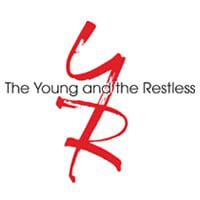 (SoapOperaNetwork.com) — Six years of “Passions” prepared “Days of our Lives” star Eric Martsolf (Brady Black) well when it came to expecting the unexpected, so when the NBC daytime drama series decided to make some drastic changes recently with new head writers and new producers, it was only natural that the “Passion” side kept all things positive. In his Soap Opera Network: On the Red Carpet interview, the actor shares what it has been like to work with former “Passions” writers Marlene McPherson and Darrell Thomasnow at the helm at “DAYS” and what fans can expect from the long-running drama series.While rumors abound that numerous stars from “DAYS” past will be returning to Salem when the show resets itself this September executives at the drama series have been keeping mum on announcing who will be returning, but that hasn’t stopped actors from giving us a little hint. “We’re bringing back some of the yester-years and some of the old characters that have been beloved for decades. I can’t believe I can say that, but yeah decades. I’m excited, I’m excited,” said Martsolf. As for what he’s wearing, watch the hilarous video and see him describing his “black suit,” which turns out to be from Hugo Boss, the most worn line of clothing for men on the Emmy red carpet.