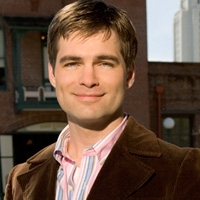 Brot finds Madison sleeping on a park bench near her daughter’s grave. Scott interrupts Ryan and Greenlee in search of Madison. Ryan realizes where Madison is as Scott stays behind with Greenlee. Ryan tells Madison that she can still be the woman she wanted to be. He also says that he thinks Scott is a good man. Greenlee encourages Scott to fight for Madison and plans to take her own advice in her fight to keep Ryan in her life. Scott tries to rekindle their romance but Madison. Madison decides to end things with Scott. Randi invites Madison to stay with her and Frankie. Scott winds up hitting JR after he makes a sarcastic comment regarding him and Madison. Ryan lets Greenlee console him.

Marissa is clearly disappointed when JR isn’t able to keep their date much to his delight. Bianca promises JR she’ll help him with Marissa but he must promise not to hurt her again. Haunted by the memories of Ricky and Michael anew, Bianca heads to the room Ricky kept her in to try to face down her demons. Marissa shows up and tells her friend they can help each other.

Jane tells Jackson she signed the papers for David and Greenlee rips into her for what she’s done. David learns from Jane that Greenlee is thinking of selling the hospital and insists she buy it that way she can help reinstate him. In return he will keep her secret; Jane agrees and a deal is made.