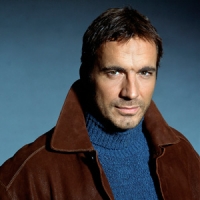 (SoapOperaNetwork.com) — While it was widely expected to happen, ABC is now confirming that Thorsten Kaye has indeed signed on to return to “All My Children” in the role of Zach Slater, the presumed dead husband of Kendall Hart Slater, as the daytime soap begins counting down to its final episode.

Kaye is “coming back sometime later this summer” reports an ABC representative to Soap Opera Network in confirming the news. Based on a posting on his official website the actor will begin filming in late June, which would place his first airdate as late July or early August barring any quick scene insertions as the soap has done with Cady McClain and her return as Dixie Cooney beginning Tuesday, May 17. “AMC” films approximately five weeks ahead of airdate. It is understood that the actor will appear in “a good number of shows.”

Kaye first aired in the role of casino owner Mr. Slater on May 20, 2004. The actor became one-half of one of “AMC’s” most popular pairings of the last decade – that being paired opposite Erica Kane’s (Susan Lucci) first born Kendall Hart (Alicia Minshew). Kaye last aired on contract on December 29, 2009. The four-time Daytime Emmy nominee, twice for his role on “AMC,” has returned for several short stints on the soap since his initial departure. Before joining “AMC, Kaye played Patrick Thornhart on “One Life to Live” from October 1995 – September 1997 and Ian Thornhart on “Port Charles” from May 2000 until its last episode in October 2003.

With Kendall currently finding romance with Griffin Castillo (Jordi Vilasuso), what do you think her husbands return means for her future?