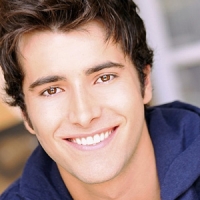 (SoapOperaNetwork.com) — Currently appearing on The CW’s “90210,” rumors persist that actor Freddie Smith will be joining the cast of NBC’s “Days of our Lives” in a contract role. Some of the rumors are going as far as to say that he will portray the love interest of Will Horton (Chandler Massey), who is also rumored to be the character the soap will reveal as being gay.

When contacted by Soap Opera Network, a “DAYS” representative confirmed that it is indeed a rumor, but could not confirm published reports. A representative for Smith was unable to provide any details on the matter, but promised to keep us abreast on the situation. On the aforementioned “90210,” Smith currently plays the role of Marco Salazar, the male love interest of former “Days of our Lives” star Trevor Donovan (ex-Jeremy Horton) and his former womanizing character Teddy Montogomery.

Should Smith indeed be joining the cast of “DAYS,” it is understood he will be playing one of Adrienne and Justin Kiriakis’ (Judi Evans Luciano and Wally Kurth) son’s, one of which is reported to be returning to Salem later this summer. In a casting call released in February, the show was seeking to cast the role of Ryan, who was described as an “all-American high school idol. Gorgeous, well-built quarterback of the football team. Popular, confident and charismatic…the world is at his feet for the taking.” Character names are subject to change from the time of auditioning of the role to the actual casting of the role. Smith, who is currently 23 years of age in real life is playing a high school jock type on “90210,” so it wouldn’t be much of a stretch for him to be playing the same on “DAYS.” Whichever actor hired to take on the role was said to debut sometime this month, but there has been no news since the casting call was first reported on. According to website Jason47.com, Smith’s rumored employment at “DAYS” would find him filming this month for what would be a late July/early August debut as the NBC drama currently films 2 months in advance of airdate. Is it possible airdate was confused with tape date? We’ll soon find out!

In the clip below, Smith is heard describing a top secret character he will be portraying on an unidentified television series that now appears to be “Days of our Lives.”