Home / News / The ‘One’ Rumor ABC Clears Up Without Question 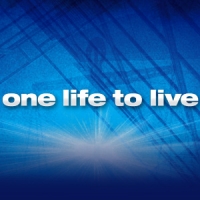 (SoapOperaNetwork.com) — Now that ABC has scheduled the last airdate for "All My Children," the next piece of information that fans want to learn, again besides ABC changing their minds about canceling the soaps, is when will "One Life to Live" air its last episode. According to rumors, "One Life" is said to air its finale on Friday, January 6, 2012, but an ABC representative has confirmed to Soap Opera Network that the rumor is untrue. "That is not the correct date for OLTL's final episode," said the representative. While that particular date is out, "One Life to Live" is still scheduled to air its last episode in January which leaves only January 13, 20 or 27, 2012 as options. One of them has to be right, that's for sure.

As previously reported, ABC says that "All My Children" and "One Life to Live" will conclude in a way "to honor the core, passionate audience and their rich history with our soaps." Some of those fans are planning a protest outside of Lincoln Center on Tuesday, May 17 from 2:00 – 6:00 PM ET in hopes of getting the message across that the soaps are still a viable option for the Walt Disney owned ABC or another potential buyer. Recently, a number of fans banded together and purchased an advertisement in The Hollywood Reporter, which hits newsstands on Friday, May 13, that is expected to get the attention of some 71,000 subscribers in an industry that covers all sorts of entertainment divisions including television, movies, music and publishing. To view the ad, click here.