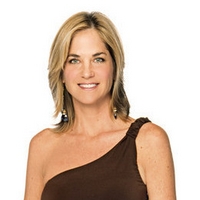 Todd accuses Tomas of shooting him. Tomas denies everything, even when John arrives. Téa finds herself defending Tomas. Blair’s misgivings about Tomas are apparent. Just when it appears John has no way of corroborating Todd’s claim, he gets a call from Natalie, who has managed to pull a set of prints from the discarded syringe that match Tomas. John tells Tomas he’s under arrest for the attempted murder of Todd.

Ford is preparing to hand over Ryder to Aubrey and Joey when Tess arrives. Tess claims she’s here because she feels bad. Ford rips into Tess, wishes he’d never thrown in with her. Meanwhile, Joey and Aubrey inform Cutter and Dorian that they have been awarded custody of Ryder. Cutter has it out with Aubrey about her deepening ties to Joey. Dorian needles Cutter about Aubrey’s involvement with Joey.

Kelly runs into John in the Buenos Dias and tells John about the outcome of Ryder’s custody hearing. Kelly and John share a close moment, which is interrupted when Todd calls to request Tomas’s arrest.

Joey and Aubrey go to Inez’s apartment to retrieve Ryder. Ford is forced to relinquish his son, a sight that moves Tess – until Ford makes Joey and Aubrey an offer that he will commit Tess if they let him have his son. Joey won’t discuss anything until Tess is in St. Ann’s. Tess thinks Ford was just fooling, but he picks up the phone to call St. Ann’s. Tess attacks Ford and Inez finds Ford while Tess is seeking refuge with Cutter, believing she’s killed her husband.