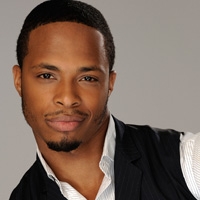 At the hospital, Maya is treated by Frankie, who gives her vitamins since she recently had a baby. Alone, a torn Maya looks at a photo of the newborn she gave up. Jesse continues to struggle with the memories of his dead baby and Brot consoles him. When Angie almost falls while holding the baby Jesse’s there to catch her.

Greenlee contemplates telling Ryan the truth that she knew about Madison’s pregnancy. David taunts Greenlee on her marriage to Ryan, rubbing it in that it’s not the bliss she thought it was going to be and says Ryan will never accept her flaws the way he did. Ryan joins Madison at the hospital for her appointment and learns from the doctor that Greenlee brought Madison in on Christmas Eve. Ryan tells Madison he knows Greenlee knew about her pregnancy before they got married. Even though David and Liza agree to keep things casual between them she confronts him on the fact he made sure Greenlee didn’t know they were sleeping together and David says he thought that’s what she wanted.

Griffin’s worried after Ricky suggest he and Kendall spend some time alone and he advises Kendall to change her plan and go somewhere public. To try and keep Ricky on track after he suggests taking her out of Pine Valley, Kendall suggests they go to his place. Ricky shoots down her suggestion, leading Kendall to wonder what he’s hiding.