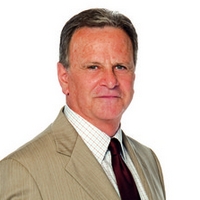 Bo and Nora scramble to figure out what’s wrong with Matthew. When he doesn’t rouse, they panic and take him to the ER. He has a brain bleed and needs surgery immediately.

Todd would shoot Tomas, but Tomas attempts to prove that to do so would be destroy Todd’s life. When Téa arrives home, Todd surprises her with news that he wants Tomas to live with them.

Brody arrives and he wants to know what Todd knows about Brody’s missing son.

Blair’s torn about her feelings for Tomas. Starr points out that nothing is ever perfect in affairs of the heart.

Brody questions Tess who doesn’t give him an inch. But Brody levels with Tess about the baby. Bess emerges and gives Brody the name Todd Manning. Cutter’s all set to put his plan into motion. He tells Tess he’ll meet her at Capricorn after he gets the money. Tess questions him, but he assures her he’s going to get them set up so that they can disappear and she’ll be able to remain Tess forever, but we see that Cutter is betraying her. He shows up to Clint and tells him that he’s ready to commit Tess. Meanwhile, Tess walks in on Ford kissing his date.

Viki challenges Clint about his claim that he killed Eddie Ford. Téa arrives to prevent Clint from answering. Clint is concerned about Tess’ marriage to Cutter. He wants Téa to go over the divorce and marriage documents to see if they’re legal. Tea says they are, and isn’t sure what can be done. Clint regrets his meddling with the paternity test. Téa admonishes him to consider engaging her services to prevent a long prison sentence for Eddie Ford’s murder. Clint, knowing he doesn’t have long to live, is vague. Viki again presses about Eddie, but Cutter shows up to pressure Clint about paying him to commit Tess.

Ford is doing volunteer work with kids at the hospital. A nurse takes notice and they go out for a drink together. She reveals that she gave him a sponge bath when he was in the hospital last summer and he made a pass at her. He tells her he wishes he could still be that guy, but he’s changed. He’s trying to get back on his feet with women. She kisses him and Tess walks in.