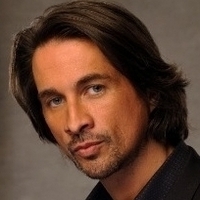 Natalie is troubled by Marty’s assertion that she and John are back together, especially when John seems to corroborate. Natalie surmises there’s more to his renewed bond with Marty. John neither denies nor confirms, but when Natalie later hears Marty talking to Dr. Buhari about not wanting anyone to know what she did, her curiosity is piqued. Unable to resist, Natalie pilfers Marty’s session tape, this time with the clear intent of listening to it.

Téa defends Tomas as his sister and his lawyer when John interrogates him. Tomas is cool under pressure, but is thrown when John reveals the confidential CIA report about him. Tomas continues to swear his innocence in Todd’s shooting, but Téa is left unsettled and uncertain about her brother.

Todd learns about Jack’s role in the bullying of Shane and instead of defending his son as Jack expected, Todd blasts him and warns him not to become like him. The Balsom/Morasco family has a session with Dr. Buhari during which Rex is forced to admit he hired the people who beat up Jack and Gigi admits she took – but did not listen to – Shane’s session tape. Shane has a confession too that he checked his MyFace page and there are still bullying messages. Dr. Buhari has to work hard to keep Rex from taking matters into his own hands. Gigi, Rex, and Shane encounter Todd, Blair, and Jack at the hospital and are surprised when Todd apologizes for his son and makes Jack apologize for himself. Jack swears he had nothing to do with the latest bullying of Shane and the adults hope the matter between their sons is settled.

Starr confides to Dani her concerns about Deanna’s hanging around Llanview. The sisters join James and Nate at their apartment where Deanna spent the night and James reveals his solution to the problem of where Deanna will stay. Starr and Dani are shocked to hear that the solution is Nate’s apartment.