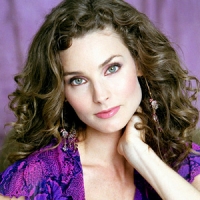 Griffin doesn’t want Kendall alone with Ricky so she tells him that she’ll make Jack go with her. Griffin realizes she lied when he asks to hear Jack through the wire. Kendall hears static through the earpiece and puts it in her purse. Kendall is able to get Ricky out of his apartment so she can search his laptop but he comes home too soon and she must shut it down. While Griffin’s trying to connect with Kendall, unaware she took off the earpiece, Ricky kisses Kendall and leads her to his bed.

Ryan decides not to tell Madison about Scott’s deal with Greenlee but he does warn Scott that starting a relationship based on a lie is not a good thing. For the sake of Madison’s happiness Ryan won’t say anything. Scott plans to come clean but can’t do it when Madison seems so happy. Madison tells Greenlee she did not rat her out to Ryan. Greenlee passionately tells Ryan that she is going to fight for them but he can’t just forgive and forgot so easily.

The captor hides in the closet when Jackson and Bianca show up to gather some of Erica’s things. Jackson sees a scarf on the floor (which the captor dropped) and just assumes Erica has been there. When he goes back and doesn’t see the scarf, Jackson thinks she came back but never reached out to him. Erica wonders how she will use the hidden phone that’s in the book she asked the captor to pick up. She plans on going in the closet but notices a small hidden camera. When the captor returns with her stuff she opens the book slightly and sees the phone.