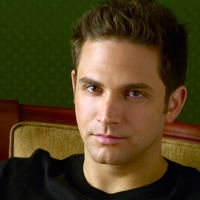 Anthony encourages Abby to work for him as Michael and Johnny successfully disarm the hit woman and call her into PCPD. Michael tells Johnny he owes him and will repay the favor. Jason and a still plotting Anthony face off.

Lulu is thrilled with her newfound direction in life. But Dante reminds her that no matter how much she loves her father, Luke needs to find his own way.

Elizabeth counsels a mother whose son was hit by a car and brought into General Hospital. Elizabeth breaks down from another vision of Jake, and Robin discovers her.

Alexis admits there is no court order – she hoped Jax and Carly would come to a compromise with shared custody.

Robin and Patrick work together at the hospital, finally free of Lisa.