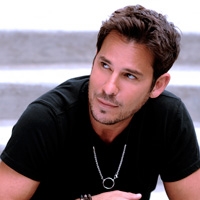 Jake and Cara come close to having sex with each other. Liza agrees to help Tad put reasonable doubt on Griffin by examining the DNA under Diana’s fingernails. She tells Tad she didn’t realize how much he loved Cara until now. Tad tells Cara the truth about Griffin and he apologizes for not being honest with her.

Bianca continues to have flashbacks of Michael Cambias. JR takes care of Marissa and while she knows he’s taking advantage of the situation to be with her, she’s ok with that because right now it’s what she needs.

Griffin shows up just as Ricky grabs the gun from Kendall. He threatens both of them but Kendall and Griffin are able to distract Ricky and take him down. Jesse shows up and arrests Ricky for kidnapping Bianca and Marissa. After sharing a moment with Kendall, Griffin is also arrested. Kendall says he’s hurt and Jesse says he’ll have Griffin checked out once they get down to the station. Kendall goes with them and says she’ll fight to clear his name.

Erica struggles with her situation. Ben seems to be affected by her plight but still remains fiercely loyal to Jane. Jane continues to struggle with her new life.