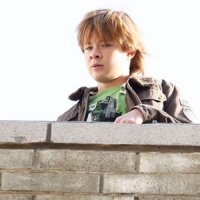 (SoapOperaNetwork.com) — “One Life to Live’s” Austin Williams (Shane Morasco) discusses the show’s bullying storyline in an interview with the Associated Press and describes his character’s mindset as Shane is literally pushed to the edge this week, after enduring months of torment at the hands of Jack Manning (Andrew Trischitta).

On Monday, April 5, Shane’s parents Rex (John-Paul Lavoisier) and Gigi (Farah Fath) are shocked to find their baby boy about to jump off the roof of Llanview High School.  Desperate to talk their son out of ending his life, they listen as Shane opens up about the humiliation he has been subjected to recently, from having his inhaler stolen just as he was suffering a severe asthma attack to having a nude video of himself plastered all over the Internet.  It is a “One Life” event you won’t want to miss.