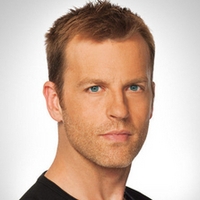 (SoapOperaNetwork.com) — During his annual fan event with his onscreen wife Florencia Lozano (Téa) last weekend, Trevor St. John (Todd) talked about his predecessor Roger Howarth‘s return to the show, and what character he thinks he’ll be playing.

St. John tells Soap Opera Digest that “I’m not familiar with his work so I can’t tell you what he’s like to work with, but I think it’s great for the show. There are all these rumors [about cancellation], so I think it will at least give it a ratings boost. I truly have no idea [what the show is planning], but I can’t imagine anything other than he’s the real Todd, because that would mean if he’s not the real Todd, then there never was a Todd and he was an imposter from the beginning! That’s the only way you can do it. Logically, speaking.”

Lozano also chimed in, joking that “Unless Téa’s the real Todd! You never know who it’s gonna be!”

As we previously reported, Howarth will begin taping his scenes in May.

So who do you think is the “real” Todd Manning?  Roger Howarth or Trevor St. John?