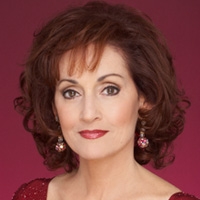 (SoapOperaNetwork.com) — Never at a loss for words, the “One Life to Live” grand dame takes to Twitter to speak out against the cancellation of the long-running ABC soap.

Strasser, who for years has been remembered for her rather outspoken telephone hotline messages to fans, finally joined the popular social networking site last Friday, one day after ABC canceled both “OLTL” and sister soap “All My Children,” in favor of new cooking and lifestyle programs “The Chew” and “The Revolution.” After just four days on Twitter, she currently has nearly 4,500 followers.

The veteran actress wasted no time in weighing in on ABC’s decision, tweeting “Let’s trade two iconic dramas for two untried cooker/realities? kill off hundreds of jobs in the process? delete protests? Diss-aster brew. Hanging in or hanging myself? All due respect: There is NO honor giving into some one else’s bad program(ming). Respect/honor your AUDIENCE. KNOW I’ll never work for these peeps again. Ask Be-atch Chelsea Handler, I’m 2 OLD. Not 2 old 2 tell the truth. Don’t thank the foreclosers. SOAPS and their fans have too often been trivialized. Fight the good fight, get what you deserve: your soaps, their RESPECT.“

Earlier this month, Handler raked Strasser over the coals when she used ridiculed a clip from “OLTL” featuring Dorian and David (Tuc Watkins) on her late night talk show on E!, saying the soap had “gone to far” with the cougar storyline. Firing back, the soap vet tweeted “Note to Chelsea Handler: when u have my mileage, and don’t look like roadkill, I hope you get paid to kiss gorgeous guys 2. Jealous/ageist? 4 record: I esteem talents of…Chelsea Handler. Just amping for a ’cause.’ It is impossible to grieve and lie at same time.“

On Monday, Strasser also spoke out publicly about “One Life to Live’s” cancellation with Soap Opera Digest, saying “I’ve only been on Twitter for 32 hours and I’m nearing 3,000 followers so the service is now properly scared of what will happen! I was forced to make myself learn how to use Twitter. I just had blood in my eyes…. When Brian Frons makes this size decision, he shoots down thousands of New York City jobs…. If I were thanking anyone, I’d be sure to put Frank Valentini [Executive Producer] up there because he saved money, brought us in under budget and raised the standards of our production. If you’re gonna thank anyone, I would be thanking Frank Valentini. That is who deserves the credit. [Brian Frons] is bullying hundreds of employees and he’s destroying the lives and livelihood of families. Additionally, by dissing and disrespecting the audiences that love us, he puts himself in peril. I know the people who care about the audience. I know about people whose integrity is unquestioned — Erika Slezak [Viki] is chief among them and Frank Valentini…. You cannot proudly present a new endeavor when you have spit on the audience. You cannot. They will bite you back, and don’t you love it about them?”