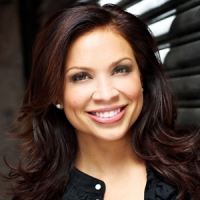 (SoapOperaNetwork.com) — If you watched today’s episode of “One Life to Live,” you might have noticed that a certain radio personality was nowhere to be seen. Following our report last week that Z100 Radio “Elvis Duran and the Morning Show” co-host Carolina Bermudez would be appearing on “One Life to Live” starting today, the deejay took to her Twitter page to tell her fans that she had been given the wrong first airdate of her new Llanview character.

Last Friday, upon breaking the news that she would be appearing on “OLTL,” Bermudez told fans that the first of her five episodes as a reporter named Blanca would air on Monday, April 11. However, just twenty-four hours before that first episode was supposed to air, Bermudez tweeted “Whoops! Forgot to send out my update… My appearance on ‘One Life to Live’ will now be on [Monday] 4/18!!! Hope u all tune in! Make sure you watch!!!“ She also reveals that her character’s last name will be Morales, and that she is a news reporter for Llanview’s fictional WVL-TV.

Airdates for her other four episodes have not been announced. Bermudez made her “One Life” debut as herself back in 2009, when she introduced the Pussycat Dolls to the Llanview High crowd at their prom.