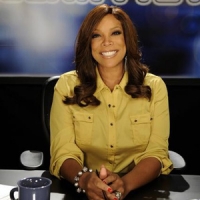 (SoapOperaNetwork.com) — Now that she has been voted off “Dancing with the Stars,” could more episodes of “One Life to Live” to be in the future for flamboyant talk show host Wendy Williams and her “Access Llanview” alter ego Phyllis Rose?

Last week, when she was asked by ABC Soaps in Depth if she was planning on taking advantage of the break in her hectic schedule to tape more scenes on the long-running ABC soap, Williams responded that “Yes, now that I have time, probably tomorrow [April 6]! They’ve been waiting for me.”

Wendy Williams made her “One Life” debut on March 2. Following her second appearance on the show on March 28, she was called back to tape three additional episodes, two of which will air on Friday, April 15 and Monday, April 18, when she drops another Buchanan bombshell live on “Access Llanview.” An airdate for her fifth episode has not yet been announced.