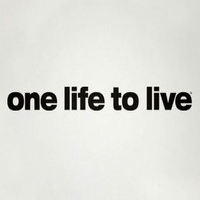 (SoapOperaNetwork.com) — “One Life to Live” issues a new casting call and other casting tidbits.

The new audition script is for the role of “Patty.” The scene opens in “Alan’s” apartment with him introducing her to his brother “Jeff,” referring to her a friend from work. Jeff thinks the name Patty suits her, since she works at a fast food restaurant, which causes Patty to laugh a little. Alan reveals that Patty is currently enrolled in law school and has a bunch a student loans to pay off. Jeff excuses himself to get cleaned up, saying “Jamie” may be stopping by later. Patty offers to take Alan back to her place for a quiet chat, but Alan says they’re okay where they are.

Alan asks Patty her professional opinion on whether a single father would have a realistic chance of gaining custody of his child, even if the child was living with the mother’s family. Patty responds that a parent’s rights outweigh those of other relatives. Changing the subject, she says that she wishes she would have brought over a change of clothes, so she could take off her hamburger costume. Alan says she can wear one of his t-shirts and a pair of sweatpants. Feeling frisky, Patty asks Alan to help her get out of her costume. Alan, however, says he wants to talk more about his custody case. Feeling defensive, Patty says she is aware of his reputation and was hoping they could fool around a little. As the scene ends, Alan says he’s sorry, but that he has no interest in her romantically.

While the names in the script have been changed, it seems fairly safe to assume that “Alan” is Ford, “Jeff” is James, and “Jamie” is Starr, and that this is involving Ford continuing to pursue custody of Ryder.

Tamela Aldridge first aired as Dr. Sabrina Buhari (the doctor who talked with Shane) on Thursday, April 7. The new doctor will be seen with several different characters in the coming weeks. In the same episode, Angela Lin appeared as the Nurse who consoled Gigi when she broke down over Shane.

Anthony Grasso has posted a picture of himself in his Llanview Hospital scrubs on his blog, and says that he “Just did 3 days on ABC’s ‘One Life To Live’ playing my recurring doctor. Thankfully, people are dying all over Llanview!!! Air Dates are March 18th, April 29th and May 2nd!”

Sophia Thomas comments that she was “Shooting March 30th and has intentions to be the best nurse they’ve ever had on the show! 🙂 Update: Successfully shot her Llanview Nurse appearance 3/30/11 & the episode airs 6/10/11!!”

Andre Blake debuts in the recurring role of Dr. Campbell on Wednesday, May 11. Click here to read a summary of the audition script for the role. In that same episode, Rob Yang will play Dr. Degroff, Nicole Salisbury will portray a Nurse, and Mellini Kantayya returns as an ER Nurse #1.

Connie Renda, who first aired as a neonatal nurse at Llanview Hospital in January, recently taped another episode to air in the coming weeks.  In an update, she states that she was just called to the studios yet again to tape more scenes, posting on her website that “I went back in to ‘One Live to Live’ for a second time this month!  They are in need of some nurses…lots of people in the hospital lately.”

Christopher Pollard appeared in a Under 5 role on Friday, April 1.

Timothy Parker recently booked several episodes in an Under 5 role on “OLTL.”

Check out the neat illustration of Blair and Starr on Kassie DePaiva‘s Facebook page.

And click here to see a few new pictures from the behind-the-scenes party celebrating Erika Slezak‘s (Viki) 40 anniversary with “One Life to Live” back on March 17.