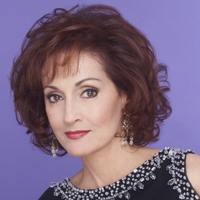 (SoapOperaNetwork.com) — For nearly three decades, Robin Strasser has played the role of Llanview’s feisty, villainous, over-dramatic Dorian Lord.  However, late last week, the show put out a new casting call for the role.  But there’s no cause for concern.  While Stasser will remain the “real” Dorian, “One Life to Live” is looking to cast the character’s “reel” life counterpart for David’s (Tuc Watkins) upcoming movie “Vicker Man.”

According to the casting breakdown, the show is looking for a Caucasian woman in her 40s or 50s for the recurring role of “Ionia,” who is described as a “beautiful, sexy, and confident actress hired to play Dorian Lord in a major movie.”

Who do you think should play Dorian, David, and the rest of the Buchanan clan in “Vicker Man?”  Here’s your chance to sound off.