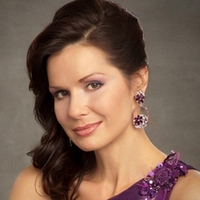 The man with Todd’s original face conceals himself in John’s bedroom as Téa relays the information she gleaned from Tomas: That he is ex-CIA and, though on the scene at Todd’s shooting, was not responsible for it. In fact, he acted to save Todd. John tells Téa to leave the investigating to him.

Elsewhere, Tomas informs Todd that he was compelled to give Téa a few tidbits in the hope that it will satisfy her curiosity.

Natalie, fresh off another argument with Jessica, visits Brody. She agrees that they should move in together, but not at the Angel Square Hotel where they’ll be rubbing the relationship in John’s nose. At EOD Brody misses a call from Vimal, who may have made a decision as to whether or not he’ll keep Brody’s secret.

Viki takes note of the continuing thaw between Jessica and Ford. James advises Ford not to get any closer to Jessica.