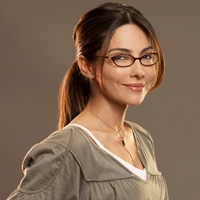 After talking to Carly, Abby tries to convince Michael to take a break during Brandon’s murder investigation, but Michael refuses. Dante discovers a strange connection between Johnny Zacchara and Brandon. Johnny offers Michael his support.

Brenda admits to Jax she does not know how to raise a child in light of the risks of Sonny’s mobster life.

Patrick worries that Johnny’s protective defense of Lisa could end up enabling her craziness. Lisa attempts to work Kristina – but her plans fall through.

Ethan helps Kristina battle her irrational feelings of jealousy over Lucian and her anxiety over college acceptance.

Spinelli unloads copies of “The Memoirs of Damien Spinelli” at Diane’s law firm, and the authors discuss writing a sequel.