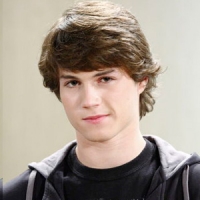 (SoapOperaNetwork.com) — A look at what’s happening on “One Life to Live” during the week of April 4, 2011.

Viki is shocked to find Charlie and Echo together. On Tuesday, April 5, Viki is devastated by what Charlie has to say. After bumping into Téa, Viki vents to her sister-in-law. Later, Viki gives Echo a piece of her mind on Thursday, April 7. Elsewhere, Bo and Nora are stunned by Clint’s accusations. David and Dorian return home with some bad news. Langston receives a tempting job offer. Aubrey seeks Rama’s help. Cristian and Rama inch closer. Aubrey notes Joey’s growing jealousy of John and Kelly. And Rama makes an accidental confession.

The Inside Story: No Way Out
Shane returns to school on Monday, April 4. Destiny tries to get Shane to talk to the principal. Meanwhile, Rex and Gigi are desperate to find their son. Shane makes a fateful decision. Starr tells all to an unbelieving Blair. On Tuesday, April 5, Rex and Gigi try to stop Shane before it is too late. Blair is less than pleased with Jack’s attitude. Blair and Starr give Jack an order on Wednesday, April 6. Rex and Gigi ponder what to do next. Destiny confides in Shaun. Bo gives Rex his support. Brad tells Jack about what happened to Shane. Destiny talks to Matthew. Starr reassures Blair. And Nora tries to comfort Destiny.

A Closer Look: Love Hurts
James reminds Deanna that he is with Starr now, but decides to take pity on her nonetheless. Starr is surprised to find Hope with Marty. Alone, Marty continues to think about Natalie and her baby. Téa confronts John about investigating her brother, and forces him to take a hard look at himself on Tuesday, April 5. Tomas probes Dani for information. Shaun and Téa bond over their problems. John thinks about Liam. Natalie makes a confession to Clint. Tess and Ford share a warm moment, as to Brody and Natalie. Marty walks in on John and Kelly kissing on Friday, April 8. Natalie realizes John still cares about the baby. Brody and Ford argue. And Tess and Cutter have another encounter.