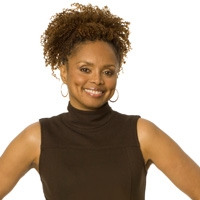 (SoapOperaNetwork.com) — A look at what’s happening on “All My Children” during the week of April 4, 2011.

Scott realizes who is behind Madison’s sudden insecurities on Monday, April 4. JR bemoans Scott & Marissa’s continued connection. How much longer can Marissa resist a persistent JR for? Bianca thanks JR. Marissa tries to set Bianca up. Greenlee confides in Bianca and later gets real with a spiteful Emma. Scott & Greenlee give Ryan & Madison a private moment with their unborn child. On Wednesday, April 6, is Emma & Greenlee’s moment for real or more child’s play? Tad is there for a grateful Cara. Jake balks at Amanda’s proposed solution to their problems. Cara questions an uneasy Jesse about Lucy. Liza encourages David, prompting him to give Angie something to think about on Thursday, April 7.

The Inside Story: Crazy For You
On Tuesday, April 4, preoccupied with his investigation, Griffin turns down Kendall’s invite. Griffin expresses his worry to Tad that pushing the sale of the casino might leave Kendall as a target. Ricky informs Griffin that he’s attending Erica’s wedding with Kendall. Tad & Cara hit two hot spots with Griffin: his feelings for Kendall & the missing hospital drugs. Diana shows up at Kendall’s door after Ricky makes it clear that they’re done and that Kendall is his future. Ricky arrives & defuses the situation. Back at Diana’s hotel room, on Wednesday, April 6, the hit-man begins to strangle Diana after becoming aware of her determination to murder Kendall. Kendall is vexed to realize her house guest gave her a false name. Griffin realizes Kendall is in real danger. Brot is unable to help Griffin prompting the doc to make up an excuse to be around Kendall. Ricky interrupts just as Griffin is about to come clean. Kendall’s search on Diana Holden leads her to a surprising discovery. Griffin, meanwhile, finds Diana’s dead body on his bed. Ryan is perplexed by a laid back Ricky’s take on the intruder situation. Griffin is unable to revive Diana and at a lost to explain his circumstances to the cops. Ricky gains access to the “murder scene” after Griffin is taken down to the situation. On Friday, April 8, Kendall reveals that she knows about Diana’s connection to the casino prompting Griffin to tell the upset widow about his investigation. Jesse tells Kendall & Griffin that two tickets to Tahiti under Diana & Griffin’s name and a stack of cash and drugs were found in the doc’s hotel room. Kendall admits the truth to Jesse about Griffin stealing drugs from PVH.