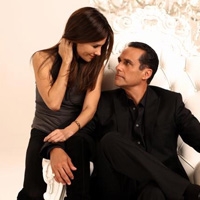 (SoapOperaNetwork.com) — A look at what’s happening on “General Hospital” during the week of May 2, 2011.

Lisa wiretaps the Drake home on Monday, May 2. Can she continues to keep Johnny off her trail as she spirals back into her sick obsession? Shawn consoles Carly after a daunting encounter with Jax over Josslyn on Tuesday, May 3. Diane turns to Dante for help in uncovering what Spinelli is hiding. Steve & Olivia make love. On Thursday, May 5, Luke turns to Alexis for help after facing off with a determined Tracy & Lulu. Ethan is troubled by Lulu’s tactics. Luke confides in Ethan. Anthony tries to throw Jason off the trail. Johnny catches Anthony in the act. Jason & Abby have a heart to heart about Michael. Michael’s loving words give Jason the encouragement he needs. On Friday, May 6, Sam contemplates the potential outcomes of the fertility surgery.

The Inside Story: Truth or Dare
Nikolas offers Siobhan & Lucky an alternative to their plans. On Wednesday, May 4, Siobhan consoles Lucky over his recent losses and the lovers agree that they want to become man and wife. Elizabeth is haunted by memories of Jake on her first day back at work. Moved by Jason’s words, Elizabeth decides she has to tell Lucky the truth. Elizabeth gets to the justice of the peace just in time on Friday, May 6, but can’t bring herself to disrupt Lucky’s happiness. She silently flashes back to exchanging vows with Lucky as Lucky & Siobhan are pronounced husband and wife. Jason & Elizabeth comfort each other on the Eve of Jake’s birthday. Elizabeth is deeply affected when she finds Lucky’s present to Jake upon returning home. Later, Siobhan watches on as Lucky & Elizabeth console each other.

A Closer Look: Little Boy Blue
Brenda rages at Sonny in the wake of Lucian’s disappearance on Monday, May 2. Dante confronts Suzanne after talking to Soony. On Tuesday, May 3, Brenda poses a challenge to Sonny & Jax. The truth about Lucian’s identity comes to light. Brenda & Sonny get into it over her taking Jax’s advice concerning Lucian. Sonny wonders if his relationship with Brenda can survive Lucian’s disappearance. Dante reveals that Suzanne was spotted boarding a plane with a child fitting Lucian’s description.