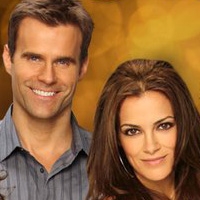 (SoapOperaNetwork.com) — A look at what’s happening on “All My Children” during the week of May 2, 2011.

On Monday, May 2, JR finds a new angle to play in bringing Marissa closer to where he wants her. Maya & Jesse both continues to ache for their lost daughter’s on Tuesday, May 3. Liza spots an emotional Jesse in the park at Ellie’s unmarked grave. Angie gives Amanda some (ironic) advice after figuring out what she’s up to on Wednesday, May 4. Kendall tells Ricky that he has to slow down after the boys come to her with a peculiar question. She later realizes where the truth may be hidden as they discuss locale for a date. Griffin realizes he’s been duped. On Friday, May 6, a disturbing obstacle emerges during Kendall search for clues in Ricky’s room.

The Inside Story: It’s Not Over
Greenlee accuses a shocked Madison of using Emma’s issues and her unborn child as tools to remain close to the man she really loves, Ryan! Ryan surprises Greenlee with a marriage proposal. Greenlee considers that the only way to really have a fresh start with Ryan is to be completely honest. David tries to push Greenlee’s buttons. On Tuesday, May 3, a perturbed Liza questions why David didn’t tell Greenlee about them. He counters that she is the one who wants it that way. Will the pair call it quits? Ryan realizes the truth about Greenlee after a telling reference from Madison’s OBGYN. Greenlee admits to Ryan that she learned Madison was expecting early on. Ryan is unsure of how things can return to normal between him and Greenlee. Greenlee admits the full extent of her deceit to Ryan on Thursday, May 5. Greenlee blurts out to a confused David that she hates herself for doing to Ryan what [David] did to her. Scott & Madison make love for the first time. Madison tells Scott she wants him in the delivery room when she gives birth. Ryan goes to Madison’s ready to spill the truth about Scott but has a change of heart. He instead gives Scott some advice. Greenlee makes it clear to Ryan that she’s going to fight for them.

A Closer Look: The Game of Clue
Krystal & Opal have a tense discussion about Jack. Jack’s moment of suspicion gives way to hurt after finally receiving a response from Erica. On Wednesday, May 4, Erica fakes passing out prompting someone to enter the room. The captor feels bad after injecting Erica with a sedative to control her and goes on to explain the influence [Erica] had on his/her life. He/she agrees to retrieve some belongings from Erica’s penthouse as repentance. Bianca & Jack return just as the captor is preparing to leave Erica’s home. Jack is convinced that Erica has given him the royal flip off after making an interesting discovery on Friday, May 6. Erica opens a book the captor retrieved just slightly and we see that there’s a hidden cell phone inside but several obstacles remain in her path.