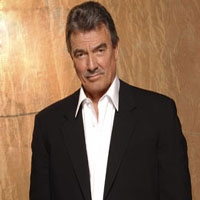 (SoapOperaNetwork.com) — "The Young and the Restless" Episode Recap – Wednesday, March 9, 2011.

A remorseful Abby talks to Ashley about how she forgot Victor’s birthday and worries that he won't bounce back due to her win against him. Ashley tells her that despite it all, she believes he will pull through.

Tucker pays Victoria a visit and asks her if she’s still pursuing obtaining Beauty of Nature. Victoria questions what his role is in it if she does; as well as what he promised Jack. He admits that whoever can get the company first will become CEO.

Abby pays Victor a visit with a belated birthday card. Victor admits that his spoiling them has come back to bite him in the butt. Unfortunately for Abby, her requests to work things out falls on deaf ears.

Victoria goes to Victor and tells him that they can make a different settlement: his handing over Beauty of Nature. He tells her that will never happen. She soon goes to Nick in hopes of getting him on her side, but he balks at her request to get the company.

Tucker gets back in Ashley’s good graces and they make up.