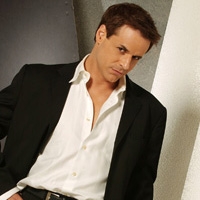 Victoria is excited that she and Billy will be having Lucy's christening soon. As she's about to run errands, she gets a call from the pastor telling her that there's a problem regarding Lucy's birth certificate. Before Victoria can ask any further, Billy tells her he'll handle things.

Victor tells Michael that he wants to discuss making arrangements to settle. A stunned Michael tells Victor to think things through, but Victor tells him, he's made up his mind. Diane, who is there, quickly excuses herself and is immediately on Nick's doorstep. She wants to know how Victor knows about the two of them. Nick tells her he didn't say anything. Before she leaves, she tells Nick about Victor working with Michael on a settlement plan.

Nikki, who is talking with Vance, purposely tries to make Deacon angry. She soon excuses herself for a brief moment. Vance then calls Michael to tell him that he's turning up the heat for Victor to settle. Michael soon overhears him talking to the waitress about Nikki joining him for lunch. Once off of the phone, Michael tells Victor that Vance might be up to something, and tells him about Nikki. Victor makes arrangements to be at Gloworm to see what's going on.

Abby is excited to meet Martin Beenum regarding putting The Naked Heiress on cable. Things are going good until he tells her that they should use the outcome of the lawsuit as a springboard for the first season. She stresses that she doesn't want to use her family problems for her show. Martin tells her that drama is what sells and what she's been through would be great to get viewers. Martin soon leaves when Abby still refuses to go that route.

When Jana receives a note from someone to meet them to discuss about the baby she was asking about at the church, she heads out and finds herself meeting Agnes, the young woman that saw her at the church a few days ago. Agnes starts probing to find out about the baby Jana was asking about. Jana tells her that she's looking to help a friend find her baby. Agnes soon breaks down and tells her about a horrible woman she sold her baby to.

Billy learns from the pastor that without an original birth certificate he won't be able to christen Lucy. Billy promises him that he'll get it for him and the christening will go as planned. He calls Primrose and demands that they meet. When she arrives, Billy lashes out about her costly errors and demands that she fix the problem that minute. When she makes the corrections on the birth certificates, Billy warns her that he better not have to contact her again with any other problems for her to correct.

Nick tells Victoria about their father wanting to settle. She is surprised but ready to get her hands on Beauty of Nature as planned. When he asks about Abby, Victoria tells him that she'll work on her to get her to be on their side. Shortly, Abby arrives and Victoria tells her about Victor's plans to settle. She soon starts to sweet talk about into doing as she wants her to do. Abby initially refuses to be a part of it, but Victoria not wanting to give up, works her over until the young woman says yes.

Michael tells Daniel that Phyllis hired a private investigator to search for Daisy. He says that there is a possible lead that he's going to check out. Daniel tells him that he wants to join him in finding her.