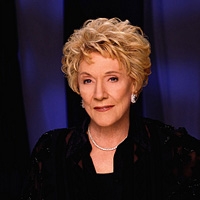 (SoapOperaNetwork.com) — A look at what's happening on "The Young and the Restless" during the week of March 28, 2011.

Jana finds herself in hot water when Primrose demands to have concrete proof that she’s indeed pregnant. Daniel, meanwhile causes Michael to be wary when he lets Daisy go. Lily continues to spiral when she sees someone that looks exactly like Cane. Angelo’s gets himself in a bind.

The Inside Story: Payback Victor Style
All of Genoa City are stunned to Victor’s announcement that Newman Enterprises is not going public. Katherine and Nikki both agree that if it weren’t for Nick, Victoria, and Abby’s actions, Victor’s life and what he’s worked so hard for wouldn’t have been destroyed. Each of the Newman kids each have their own feelings on what has happened. Nick is in utter disbelief that Victor has done the one thing he’s fought so hard to prevent. Abby believes that she’s fully responsible for what has happened and feels guilty. Victoria, on the other hand, believing she was getting Beauty of Nature, feels the most heat when she’s denied not only the company, but also watches the company she’s helped her father with being given away. Meanwhile, Billy sneaks into the press conference and demands to know why Victor came to such a decision. Victor shoots him down with cruel words, sending Billy out in a huff. Nikki and Katherine have a talk on Victor’s decision to make the company public. Kay advises Nikki to go talk to Victor and be there to support him. When Nikki arrives, however, Diane is there with champagne to celebrate Victor’s sticking it to his family. Seeing Nikki there, Diane rubs it in her face that she no longer has the role of supportive wife and tells her to go away. Later during the day, Victoria finds herself in even more trouble when it’s learned of just how far she went to manipulate to get what she wanted. The Newman family aren’t the only ones fixated on Victor’s latest announcement. Tucker attempts to get Kay on his side by teaming up in buying up Newman stock. Kay snaps into him for still focusing on kicking a man when he’s down.

A Closer: Sharon Loses Faith
In Thailand, Phyllis and Adam work hard to try to find Koa. The two of them go back to his room to see if they can find anything . They hit pay dirt when they find a pair of loaded dice, realizing that Koa is a gambling man. Working his magic, Adam manages to get them into a illegal gambling venue. As the two of them are waiting, Koa shows up. Realizing that Koa already knows Adam, it’s Phyllis that has to work her charms on him. She slips out and returns in her little red number. She soon heads Koa’s way and lays on the charm. Meanwhile, as Phyllis and Adam are trying to get what they need from Koa, in Genoa City, Doris comes to see Sharon. Sharon’s happiness to see her mother by her side is ruined when Doris tells her that she’s is disappointed in her and can’t support her anymore. Sharon lashes out, telling her mother that she’s abandoning her when she needs someone the most. Doris shoots back by calling Sharon an unfit mother for picking Adam over her own children. As the court case is about to begin, Sharon is heartbroken that nobody is there to support her. Support comes her way, though in the form of Nick, who comes to stand by her side. He encourages Sharon to be strong and it’s the one thing that Sharon wasn’t expecting: the support of Nick. Back in Thailand, Phyllis manages to switch dice with Koa as well as spike his drink. Koa instantly starts on a winning streak; but his streak goes south when those who are also in the game start to figure out that his dice are loaded. A drugged up Koa stumbles about until he reaches his room. When he wakes up, however, he’s been handcuffed. Adam demands to know what he did with the evidence to clear Sharon’s name. Koa admits that he got rid of the camera by selling it to street kid. Phyllis and Adam realize they have to go in search of a new lead to try to save Sharon.