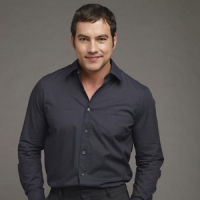 (SoapOperaNetwork.com) — Over the weekend news broke that ABC's "General Hospital" had informed actor Tyler Christopher on Friday, March 18 that his contract would not be renewed. Christopher's contract was up for renewal in June and the soap had until last week to inform Christopher whether or not they had plans of renewing it, which they chose not to. In a statement released to ABC Soaps in Depth, Christopher answered the question everyone wanted to know with a simple "Yes, it's true."

An ABC spokesman did not return a request for comment on this story.

Tyler Christopher has portrayed the role of Nikolas Cassadine on ABC's "General Hospital" off-and-on since joining the cast in July 1996. He has been nominated for three Daytime Emmy Awards.

A last airdate has not been announced.