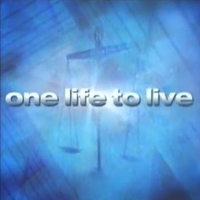 (SoapOperaNetwork.com) — “One Life to Live” looks to up its quota of minority characters by casting what appears to be yet another recurring role on the long-running daytime drama.

As we previously reported, the soap recently released an audition script for the role of “Robbie” who, from the tone of the script seems to be have been involved in a volatile situation with a girl named “Rose” (Remember that “OLTL” often changes names in these scripts to distract viewers).  Soap Opera Network has since obtained more information regarding this new character.

According to the casting breakdown, “One Life” is looking for an African-American male between the ages of 18 and 22 for role of “Robbie,” who is described as “Good looking, sexy and extremely confident, as well as an intern at a well-known newspaper.”  However, it remains to be seen exactly who this character will be involved with.  Furthermore, given the show’s frantic taping schedule, it may be a few months before “Robbie” appears on screen.

Mellini Kantayya returns again as “ER Nurse #1” on Wednesday, May 11.