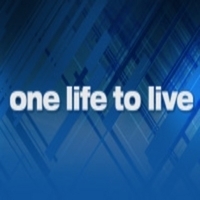 (SoapOperaNetwork.com) — “One Life to Live” casting odds and ends for the month of March and beyond.

“One Life” released a casting call today for the role of “Robbie.”  The scene opens with him telling “Rose” that she shouldn’t be around him.  Rose reminds him that she doesn’t usually do what she’s told to, sits down beside him, and tells him that she doesn’t want to get him into any kind of trouble or anything.  Robbie says it doesn’t matter, because he’s already in enough trouble anyway, and wonders if she is afraid to be alone with him, since he could have really hurt her.  She says no and reminds him that he didn’t harm her.  Robbie admits that he was out of control, but that he could never actually bring himself to harm her.  He goes on to say that he loses his temper too easily and does stupid things sometimes.  As the scene ends, Rose reminds him that this time he had a a god reason to be angry.  However, he says that he was to blame, because he realizes that no means no.  As usual with “OLTL,” names are changed in these audition scripts, which are sometimes reused when casting new characters and recasting older ones.

Here are some additional details on the upcoming dayplayer role of the Llanview High School Vice Principal, who will interact with Shane, Jack, and their parents.  According to the casting breakdown for the role, “OLTL” is looking for an African-American of Hispanic male in his early 40s, that is is “compassionate but extremely strong with each child in his school.”

Brandon Corey Knox plays a gym patron who gets punched by Kourtney Kardashian‘s alter ego Kassandra Kavanaugh when the socialite makes her acting debut on “One Life to Live” on Monday, March 28.

Alex Tavis, who plays Moroccan prison guard Hassan Amir-Rashad, posted on his Facebook page on Tuesday that “I hear we are back on the awesome ‘One Life To Live’ probably today-watch/dvr how we fool the ‘visitors.’ Awesome fight scenes as well. Not as much coverage/dialogue as the last one though scintillating nonetheless. 🙂 Me, Bo, Rex, Khalid [Donnie Keshawarz] and my new boss the Warden [Omar Koury]. Llanview rules.”  Look for the gang from Morocco to be in this Friday’s episode as well as the search for David Vickers Buchanan continues.

And Dike Uzoukwu posted on his website on February 4th that he “booked and shot his first appearance on ‘One Life to Live’ (ABC Daytime) this week!  Such a learning experience, seeing how all the pros on that television soap do it everyday.”  His scenes should air sometime this month.