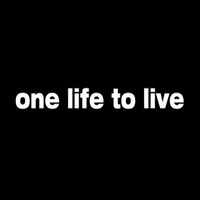 (SoapOperaNetwork.com) — “One Life to Live” releases another audition script for an upcoming role featuring a member of the show’s younger set of characters.

The scene opens with “Dr. Pryor” informing the parents of a little boy named “Darren” that the outlook is bleak.  He tells them that their son has experienced severe trauma to his brain, as a result to a blow to the head, which has caused significant bleeding.  The CT confirmed that Darren’s slurred speech, confusion, headaches, and vomiting are a result of a Acute Subdural Hematoma.  He also states that the aspirin he has been taking for his headaches have only made matters worse.  Upset, Darren’s father “Scott,” admits that he is one who had been giving his son the aspirin.  Dr. Pryor tries to calm Scott’s nerves, reminding him that he had know way of knowing the severity of Darren’s injuries.  He then says that they must operate immediately if there is any hope of saving him, and if they succeed, he will likely never be the same again.  The scene ends as Darren is prepped for surgery.  Remember that, as usual with these audition scripts, “One Life to Live” changes names in an attempt to throw off viewers.

Bianca Jamotte will appear again on “OLTL” in a minor role on Wednesday, April 27.  Jamotte’s last appearance on the show was January 17.

Robert King, who recently appeared on “OLTL” in a dayplayer role, states in an interview with the East Brunswick, New Jersey Sentinel that he hopes to continue making appearances on the long-running daytime drama, noting that being on the show was rewarding and helped him grow as an actor.  With regards to the “One Life” cast, King commented that “There’s a lot to learn from them.”

And Dike Uzoukwu, who announced on his website on February 4 that he had just “booked and shot is first appearance on ‘One Life to Live’ (ABC Daytime),” had his role upgraded from “Under 5” to “Dayplayer.”  His scenes should air sometime this month.