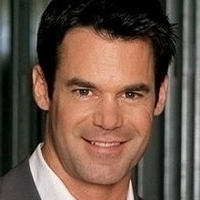 No one escapes unscathed in the vicious fight for custody of Ryder. But when the judge is about to reveal his decision, Bo and Rex enter and arrest Clint.

Todd hovers between life and death while Téa, Blair, Dani, Starr and his two sons work to coax him back to consciousness. Téa despairs, but Blair gives her the impetus to pick herself up and command Todd to wake up.

Dorian makes it clear to David that she’s moving on. David goes nuts and begs Bo to get him back to Llanview. He discovers that Rex is Clint’s son. Cutter arrives to help Dorian eradicate David from her life. A final posting on David’s MyFace page (courtesy of Clint) leads Dorian into kinky sex with the willing Cutter. When Dorian is an extremely compromising position, she has a surprising guest.