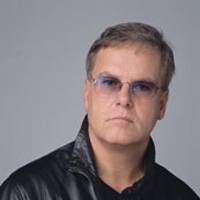 (SoapOperaNetwork.com) — UPDATE: Soap Opera Digest has updated their report on their website citing comment from an ABC representative indicating that Guza is in fact not leaving "GH."

PREVIOUS: Soap Opera Digest is reporting on their website that "General Hospital" Head Writer Robert Guza Jr. is on his way out as the soaps Head Writer. According to network insiders however, the report is "not true" and "absolutely false." Under normal circumstances, when a rumor is denied or not confirmed by the network we'd receive a standard "no comment," which did not happen in this case thus giving credence to the possibility that Soap Opera Digest is reporting false mistaken news on their website.

Guza's Future at GH in Question
We're hearing that Robert Guza, Jr. is on his way out as GENERAL HOSPITAL's head writer. ABC Daytime doesn't comment on rumors, but an insider tells us there's a good chance it's true.

Guza returned to the ABC soap in April 2002 when he was named co-head writer alongside Charles Pratt Jr. He took over sole head writing duties in early 2006 after it was announced that Pratt had decided to leave the drama series. Under Guza's current reign, "General Hospital" won the Daytime Emmy Award for Outstanding Drama Series Writing Team in 2003 and 2009. The series won for Outstanding Drama Series in 2005, 2006 and 2008.