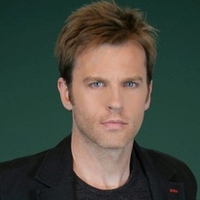 Todd’s gunshot wound may prove to be fatal. Téa, Dani, and Viki rally around him. John is forced to work with Brody to investigate the shooting. The shooter has gotten away, but blood at the scene of the crime indicates he’s been wounded. Tomas privately tends to a wound.

Natalie and Brody are relieved that Liam’s crisis turned out to be nothing of consequence. Natalie’s concerned when she hears that John’s been involved in a shooting, and John is concerned when he learns that Liam was treated at the hospital.

Langston is upset to discover that Ford intends to stay married to Tess and breaks up with him.

Dorian warns Viki to include Charlie more in her life or she might lose him to Echo. Viki gets word of Todd’s shooting. Despite their attraction, Charlie tells Echo he can’t leave Viki. He returns home and tells Dorian it’s over between him and Echo, but after Dorian leaves, Charlie visits Echo again and tells her he doesn’t want it to be over. Echo and Charlie prepare to enter into an affair and they seal the deal with a kiss – witnessed by Tess.