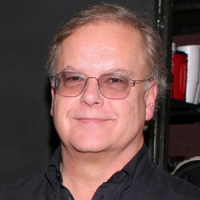 (SoapOperaNetwork.com) — You had to know there was something afloat when Soap Opera Digest posted on their website Friday that Robert Guza Jr. was out as "General Hospital's" head writer. While the news was later refuted by network insiders and a "GH" spokesperson, numerous sources have since come forward and revealed that while Guza is not expected to leave the show when his contract expires next month, thereby him not being out as the magazine's website had stated, his relations with network brass has greatly diminished.

According to sources "there have been serious issues between the network and Guza relating to current storylines in recent months, and with Guza's contract up for renewal in April, there is also a matter of finances at play as well."

Guza returned to "General Hospital" in April 2002 when he was named co-head writer alongside Charles Pratt Jr. He took over sole head writing duties in early 2006 after it was announced that Pratt had decided to leave the drama series. Under Guza's current reign, "General Hospital" won the Daytime Emmy Award for Outstanding Drama Series Writing Team in 2003 and 2009. The series won for Outstanding Drama Series in 2005, 2006 and 2008.

Soap Opera Network will continue to follow this developing story as news breaks.