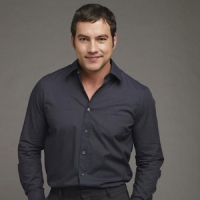 (SoapOperaNetwork.com) — Late Saturday night, Soap Opera Digest posted, via their twitter page, news that "General Hospital's" Tyler Christopher (Nikolas Cassadine) had been let go from the ABC Daytime soap. The news came soon after Soap Central posted on their twitter page that they were hearing another big name "GH" star was on their way out.

The possibility of Christopher's exit comes as no surprise as the actor recently learned his ABC Family pilot "The Lying Game" was picked up to series by the cable network and is set to debut August 15 at 9:00 PM. "Game" tells the story of a girl named Emma (Alexandra Chando), who finds out that she has an identical twin sister named Sutton Mercer (Chando in a double role), who was adopted by wealthy parents and supposedly living the high life until she goes missing. Emma takes it upon herself to find her sister and while in pursuit adventure ensues. Christopher will portray the role of Detective Matthews who is investigating the disappearance of Sutton. The series is being written and executive produced by former "All My Children" and "General Hospital" Head Writer Charles Pratt, Jr. and is based on the same name as the upcoming novel by "Pretty Little Liars" author Sara Shepard.

Since it is the weekend, we are unable to get confirmation from either a "General Hospital" spokesperson or a representative for the actor on his status with the soap. We'll have an update for you on Monday during normal business hours.