Home / News / Become an ABC Soap Star For a Day 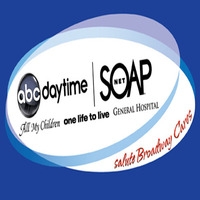 (SoapOperaNetwork.com) — Here’s your chance to appear in a scene in your favorite ABC soap — if the price is right. The network is once again auctioning off walk on roles on “All My Children,” “One Life to Live,” and “General Hospital,” to help raise money for charity as part of the “Grand Finale Celebration” for ABC Daytime & SOAPnet Salute Broadway Cares AIDS fundraising event.

The winning bidder for each soap will receive a non-speaking role in one or more scenes, preparation by that show’s wardrobe department, photos with the cast taping that day, an autographed script from that particular show, and an unsigned ABC Daytime Salutes Broadway Cares 2011 poster.

Click here to view the long list of other ABC Daytime items to be auctioned off which include tickets and meet and greet with the ladies of “The View,” a hour private acting lesson with “One Life to Live’s” Florencia Lozano (Téa) and Ted King (Tomas), autographed scrubs from “General Hospital,” customized ringtones from Anthony Geary (Luke, “GH”) and Cameron Mathison (Ryan, “AMC”), and VIP tickets to Broadway Cares and cast party, as well as an opportunity to appear in a skit during the show with your favorite daytime soap stars.

You can also participate in “The ABC Daytime Soap-a-thon Showdown” to help raise money and vote for your favorite ABC Daytime soap duo.

This year’s ABC Daytime & SOAPnet Broadway Cares event will be held on Sunday, March 13 at 8:00 pm ET at Town Hall, 123 West 43rd Street in New York City. Visit the event website for for more information, and for a list of those ABC soaps stars scheduled to attend.