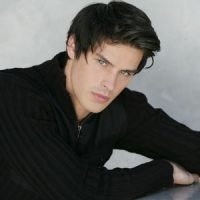 Thomas came back to Ridge's office after he left. Brooke told Thomas she thinks it's a good thing that Ridge will be alone on his trip. Hope and Oliver showed up and said they were looking all over for them and that they had been waiting in the studio. "Thomas wanted photos to send with the release about a womens line for Taboo" said Hope. Brooke, who had no idea about the plans, told them that they could do the shoot in the office. Hope and Oliver left to get the equipment. Thomas asked Brooke if she was ok about all of this. "We told the press Taboo was on, that's how it stands," said Brooke.

Ridge was on his plane alone when Taylor came in, surprised to see him, explaining that she thought it was Thomas who was boarding the jet after the pilot called her. "I just had these visions of Thomas hijacking the plane or something," she said. Ridge said he wouldn't be surprised if that happened next. Taylor asked how things went with Thomas and if he fired him. Ridge said no. Taylor wondered if Thomas understood that the Taboo line was over. Ridge told her that he was just going to leave things as they were left (with Brooke and Thomas announcing they were going to move forward with the line). "Why would you let them defy you like this?" Taylor exclaimed. Ridge asked Taylor if she agreed with Thomas in thinking that cutting the line was abuse of power. Taylor disagreed and said that if he hadn't cancelled the line it would have been "tantamount to child abuse". Ridge got a call from the pilot that they were set to take off. Taylor said she wasn't finished talking with him yet and that she would stay with him for the ride to Paris. "Besides, I don't think you should be alone right now." she said. During flight, Taylor walked around the plane imagining how the scene of Thomas and Brooke kissing had played out. She then went on to remind Ridge of how he said that he would leave Brooke if she crossed the line with Thomas. "I said i'd walk out that door and straight back to you. I guess that was imagining that they would be having an affair, not an alliance against me. And, of course, you are married." Ridge replied. Taylor told Ridge that she had to be honest with him, going on to revealing to him that it was Whip who took the incriminating photos of Thomas and Brooke. Ridge was disgusted and asked Taylor if she really loved him. Taylor said that he's a great husband, adding that this wasn't her ideal dream life, but who has one anyway?

Stephanie complimented Eric on one of his new designs and said he hadn't lost his touch. Eric said that the latest press conference got his creative juices flowing and that he wants to do something for the womens Taboo line. Stephanie asked Eric if he knew that Ridge had canceled the Taboo line. Eric had no idea. "Since when?" he asked. "Since Ridge found out Tom kissed Brooke.". Eric said everyone knew about that already. Stephanie told him this wasn't the public kiss on the runway, but the one the two shared on a plane together on the way back from Paris. She explained how Thomas did it while Brooke was asleep. Eric wondered what the harm of it was if Brooke was asleep. Stephanie said it was a catastrophe and that Brooke wasn't some stuffed animal. "You just can't accept the fact that an older women like Brooke would hold an allure over a young man. When I was 16 it was all I could think about!" Eric lamented. Stephanie told Eric that this wasn't about him, it was about Thomas. "It's his fathers wife!" she said. Eric asked what happened after the kiss. "She woke up." said Stephanie. "Just like a fairy tale." Eric said jokingly. Stephanie said that she was appalled by this whole situation and that he should be to. Eric completely disagreed and said she was overreacting. "I see that you are once again dredging up the old "Brooke is the bane of all peoples existence" platform. I'm disappointed." said Eric. Steph said she was disappointed to and that she thought Brooke had finally changed. Eric suddenly agreed with her that this was serious, and said they should go and talk to Brooke and Thomas.

Brooke and Thomas were having fun doing the photo shoot with Hope and Oliver. Stephanie and Eric walked in and wondered what was going on. "Isn't it obvious?" said Thomas. Hope said they were almost done and that they could take a break if they needed to talk to Brooke and Thomas. Steph said she did so Hope and Oliver left for a lunch break. Stephanie told Thomas that his Grandfather had something to say to him. Thomas explained his side of the story quickly to Eric. Much to Stephanie's shock, Eric told Thomas that he agreed with him completely and that he would tell Ridge that the next he saw him. "So, what did you want to say to us, Eric?" said Brooke. Eric explained that he had some designs he wanted to show Thomas for the Taboo womens line. Thomas said he would be glad to look at them, and then two left the room, leaving Brooke and Stephanie alone. Stephanie once again expressed her disappointment in Brooke, saying that she gave Brooke her total friendship and trust and that all she did was throw it back at her. Brooke said this wasn't about them, it's about Thomas. "I am not going to let your paranoia ruin this for him," said Brooke, mentioning how she raised raised Thomas and loved him and felt he deserved to come out of his fathers shadow.

Later, Brooke joined Thomas and Eric and admired Eric's designs. Thomas worried what Ridge would think when his dad got back. Eric said they would worry about that when that bridge comes along.

Stephanie skyped Ridge on his plane and told him about Thomas and Brooke's photo shoot and the fact that they were still going along with the line he canceled. Ridge said there was nothing he could do while thousands of feet in the air. Stephanie reminded him of how he said he wouldn't tolerate another scandal like this and encouraged him to find Taylor and "grab hold of her and don't ever let go." because she's the only women whose ever brought sanity to his life. Taylor looked on from in front of him with a cheeky smile on her face.