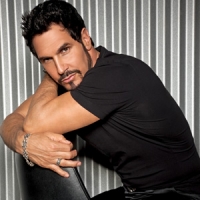 After their kiss, Dayzee warned Thomas not to go to war with his father. Thomas asked why she thinks he should back off. Dayzee told him that Ridge is his father and he knows he doesn't want to lose him. Thomas said he doesn't know how he'll be able to work things out with his dad since it's pretty clear he's ready to fire him. "What if he does? What does that change? You're still his son. That's the relationship you've got to honor." said Dayzee. Thomas said that's not enough and that he's tired of apologizing. "Yes, I did something wrong but nobody got hurt and nobody suffered any lasting damage here." he said. Dayzee told him that was his opinion and that he doesn't get to decide when he's done apologizing, it's the people he hurts who get to decide when they're tired of hearing it.

Liam and Bill discussed business in Bill's office. Liam stumbled on a desk and Bill tried to get him to go back home and get more rest. Jarrett arrived and Liam asked him if he had any news about the Taboo press conference. Jarrett showed them the copy of the Forrester memo he found earlier. "I don't think Taboo is supposed to exist, and I don't think were supposed to know." he said. Bill looked at the memo and wondered if the news of Taboo's cancellation was out already. Jarrett told him that it was business as usual with Thomas and Brooke. Bill realized something must have finally pushed Ridge's buttons and wondered what it could have been. Bill asked Jarrett how he found the memo. Jarrett told him he found it on the floor. Liam wondered why they would still hold a press conference if the line was cancelled anyway. Jarrett suggested that maybe Ridge changed his mind. "Twice in one day? I don't think Ridge is capable of that much mental exercise. Changing his clothes twice? Maybe." said Bill. Liam then suggested if maybe Thomas knew what Ridge was up to and headed him off at the pass. Bill thought that could be plausible and then asked Jarrett if Ridge was at the conference. Jarrett told him he was. Bill asked him how he looked. "Especially stone-faced" replied Jarrett. Bill said he was appalled and wondered if Thomas would pull such a dastardly act on his own father. Bill thought that this would make a nice cover story. Liam tried to combat that by saying that they can't do this because they don't know if there even is a story. "Do you know how much I hate the word "can't"?" said Bill. He then went on to say that this was the perfect storm for a tabloid scandal and that it was what they live for, also adding that Ridge used the tabloids to exploit Taboo. "Well, it's a double-edged sword. Welcome to the other side of the blade." he said. Liam pleaded with Bill once again not to release the story, mentioning Hope ("The girl I love") and how printing something racy involving her mother could hurt her. Bill budged and said he would hold the story for a few days to see what develops.

Ridge told Brooke that both she and Thomas work for him. Brooke continued to be against his plans to cancel Taboo and told Ridge she was worried about his and Thomas' relationship and didn't want it to fizzle all because of this. Thomas entered the room. Ridge told him it wasn't acceptable to know know that beneath all the risque shots he made, that he had an agenda involving his wife. Thomas said that no one else knew what his dreams were except for Brooke, saying that she was the only one who ever believed in him. He also added once again that he didn't know why he kissed her, but that it was no big deal. Ridge let Thomas know that all was not forgiven. Thomas left. Ridge got a business phone call that commanded him to go to Paris. Brooke suggested she come with him. Ridge said it wouldn't be a good idea for them to both be gone at the same time. Brooke told Ridge that he doesn't need to have any concerns about her and Thomas working together. "I keep trying to believe that." said Ridge. "You don't really think that I would be unfaithful with you're son?" replied Brooke. Ridge reminded her of how she stood in front of a room full of reporters and allowed Thomas to defy him. Brooke told Ridge there was no other man in this world she finds more attractive than him. "What about respect?" said Ridge. "I heard you, and I know you feel betrayed by me. But that pain is nothing compared to what you would feel if you lose the love and respect of your son. I just couldn't let that happen." said Brooke. She told Ridge to spend as much time in Paris as he needed and that this wasn't the end of anything. "And you will forgive me. Heck, you might even thank me. Taboo is no threat to you and Thomas is no threat to you and me. The only threat would be to lose your son and I love you to much to see that happen. I hope you'll understand." Brooke said persuasively. Ridge then left as Brooke's eyes filled with tears.