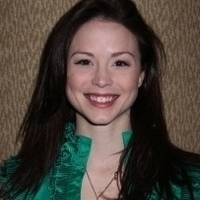 Emma’s upset over the fact her mom is at Oak Haven and after overhearing Ryan tell JR he is in full control of Annie she yells at Greenlee. Ryan tries to console Emma, saying Greenlee was just trying to help. Emma later overhears Ryan telling Greenlee that he loves her and it will never change.

Despite Amanda’s attempt to persuade Marissa to bid on JR at the bachelor auction she doesn’t. Scott is happily surprised to see that his bachelor date is with Marissa. After learning from Amanda that Marissa won’t bid on him, JR finds Madison and tells her that Scott and Marissa are closer than she thinks.

Kendall wins the bid for a date with Griffin. She confides in Greenlee that she is going to try and find out information on Griffin and the missing drugs that might be potentially dangerous. Ricky’s unhappy when he discovers Cara, not Kendall, is his date.