Home / News / Where in the World is Cane Ashby (Daniel Goddard)? 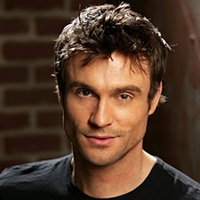 (SoapOperaNetwork.com) — While Cane Ashby appeared to have been murdered in the Wednesday, February 2 episode of CBS' "The Young and the Restless," no information has been released by either the show, his portrayer Daniel Goddard or any of the actors people indicating that we've seen the last of Goddard on "Y&R," so what the heck is going on? Entertainment Weekly's Lynette Rice has some answers.

According to Rice, "a source close to the sudser said that Goddard remains a paid employee of 'Y&R' until further notice." Meaning, he hasn't left the building. "He’s not only set to reprise his role as Cane in the Feb. 18 and 23 episodes, but he’ll make additional appearances in March and April. What’s more, no one on the show will even acknowledge whether his character is actually six feet under," Rice continued.

What this means is that the show might just be playing the same tired switcheroo they've been playing for the last couple of years with "fake deaths" as they've done with Thom Bierdz's Phillip Chancellor III and John Driscoll's Chance Chancellor. Incidentally, all these fake deaths are Chancellor related deaths (at one time Cane was pretending to be Jill's son, who herself thought she was Katherine Chancellor's daughter).